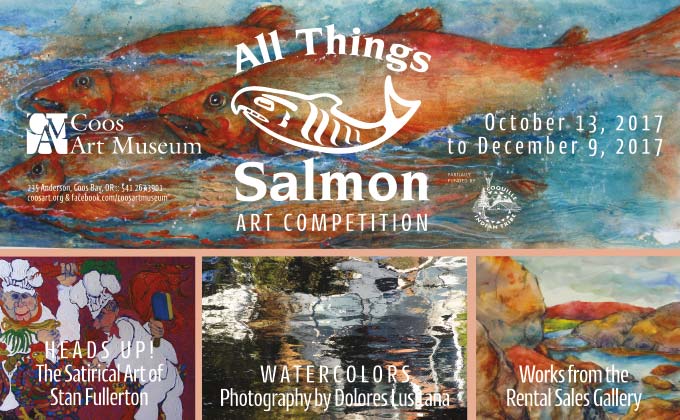 For sustenance, industry or sport, salmon have had a profound influence on people and cultures. The impact of this powerful migratory fish can be seen in art works from prehistoric stone carvings through contemporary glass. In this nationwide competition/exhibition we focus on the theme of salmon in contemporary art. This exhibition is funded in part by a grant from the Coquille Tribal Community Fund. 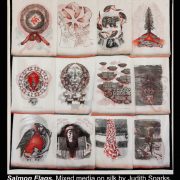 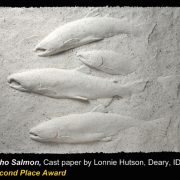 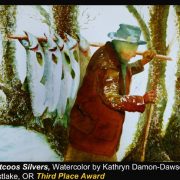 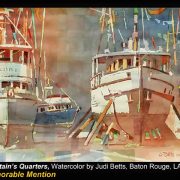 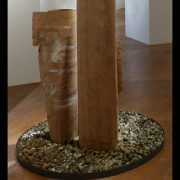 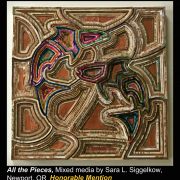 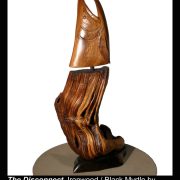 View All Entries
Tour the Galleries

Juror, Dr. Deana Dartt is former Curator of Native American Art at the Portland Art Museum and presently a Scholar-in-Residence at the School for Advanced Research in Santa Fe, NM.

WORKS FROM THE RENTAL SALES GALLERY

Learn more about this important aspect of the Museum. Works representing a variety of styles and media are available for immediate purchase.

Dolores is a Venice, California Photographer who uses nature and water to create beautiful photographic abstracts.

HEADS UP! THE SATIRICAL ART OF STAN FULLERTON

Satire has a long history in the arts and was central to the counterculture movements of the late 1950s and 1960s. Fullerton, a student of George Grosz with several New York exhibitions to his credit, was an active member of the arts/literary “scene” of San Francisco. Considered a satirical master until he dropped out of the counterculture “scene”, he left the art world but continued to make art. Fullerton is a resident of Coos Bay.