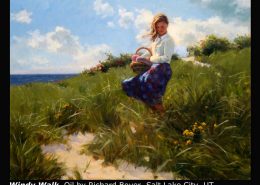 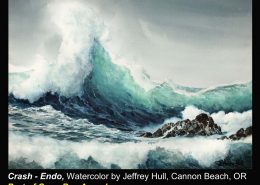 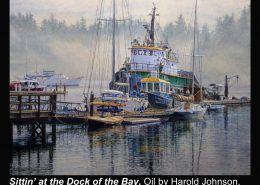 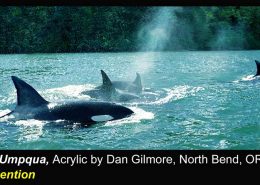 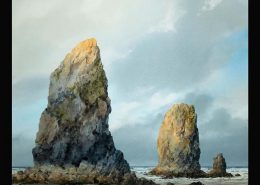 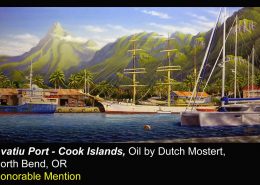 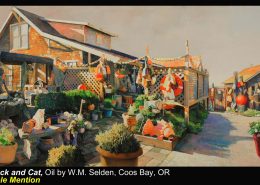 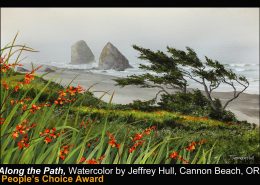 View All the Entries

Bellingham, Washington artist Steve Mayo’s art career began in 1970 with special shows selling his art while he worked on tugboats. The consistent quality and historical accuracy of his paintings established him as a premier marine artist including a first place award at the 1980 Mystic Seaport International Marine Art Exhibition. On Friday July 7 at 4:30 pm, Mayo will be presenting a special free illustrated talk on Captain Vancouver’s flagship, the HMS Discovery the subject of his award winning painting.
PERKINS GALLERY

LaDuke has an artistic career stretching back more than sixty-five years. In her most recent series Bountiful Harvest, she celebrates Oregon’s agricultural bounty and the workers who help to produce it through their labor.
MABEL HANSEN GALLERY

Z. Z. Wei moved from China to the U.S.A. in 1989. The rural landscape of America has transformed him as a person and an artist. Wei unites his art and life experiences in China with his perspectives inspired by traveling the backroads of America.
UNO RICHTER ATRIUM GALLERY